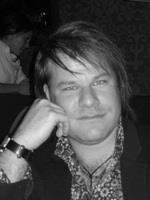 Daniel J. Thornton, who died unexpectedly on Sunday, February 12, 2017 was a highly respected teacher who taught generations of CLA students at UTM and UTSG.

Hailing from the United States, Daniel received his BA magna cum laude in Classical and Medieval Studies and History from Cleveland State University. A broadly trained Classicist and a very gifted linguist, Daniel had many academic interests and talents, which his academic presentations and publications amply document. The Greek novelistic literature of the 2nd century CE was one interest of his. Daniel worked on Longus’ novel Daphnis and Chloe since the late 1990s and returned to this text as recently as 2016. For most of the time, however, Daniel’s research focused on the late antique world, starting with his Cleveland Senior Honors Thesis on the Pervigilium Veneris, a Latin poem probably written in the 4th century CE. Late antique literature also figured prominently in Daniel’s research while he was completing his MA, which he received from the Department of Classics in Toronto in 2000. Increasingly, however, Daniel turned to the political history of the later 4th and 5th centuries, and Theodosius I became a particular focus of Daniel’s attention during the early stages of his PhD research. More recently, Daniel conducted extensive research on magical practices and imperial legislation in late antiquity and was making good progress towards the completion of his doctoral thesis on this topic.

Daniel will also be fondly remembered as an excellent teacher, whose enthusiasm and commitment inspired a wide range of undergraduate students at several Ontario Universities: Trent, Guelph, and most prominently the University of Toronto. From 2000-2008, Daniel taught in the Department of Classics at UTSG. From 2004-2017, he served in the same capacity in Historical Studies at UTM, where he was promoted to Sessional Lecturer II. During his career as Classics instructor at UTM, Daniel could be relied upon to teach almost anything, from the most introductory to the most advanced undergraduate courses in Classical Civilization. Teaching was very important to Daniel, and it was through his inimitable teaching that he made an immeasurable contribution to his discipline and to the departments in which he worked. In fact, Daniel must have inspired literally thousands of undergraduates, many of whom have credited him with introducing them to the ancient world more generally and to late antiquity in particular. Several of those Daniel taught have decided to pursue an MA or a PhD in the field and fondly remember his unwavering support and guidance.

Daniel is survived by his partner, Chris Thornton-White of Toronto, and by his mother.

A death notice appeared appeared in The Star on Thursday, February 16, 2017.

A celebration of Daniel’s life was hosted on Sunday, February 19, 2017.