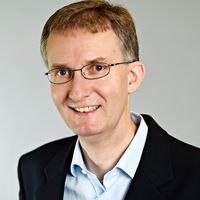 Professor Bendlin’s research and publications focus on ancient religion.  He has a particular interest in the pragmatics of religious life in the Roman Mediterranean. He also works and publishes on Roman social history, with a particular emphasis on the life of associations in the Graeco-Roman world; and on Roman literary and cultural history. Current research includes a large-scale project on demography, migration, and urbanism, and their impact on religious pluralism in the city of Rome.

Professor Bendlin teaches a wide range of undergraduate courses at all levels in the Department of Historical Studies on the University of Toronto’s Mississauga campus. His most recent and current course offerings include CLA233, Introduction to Roman Culture and Society; CLA368, Augustus and the Julio-Claudians; CLA310, Religion in the Roman Empire; and CLA391, Life and Death in Ancient Pompeii. Professor Bendlin also teaches and supervises students in the Graduate Program in the Department of Classics at the University of Toronto’s St. George campus. There, his teaching has recently been devoted to Roman religious and social history and to select Latin prose authors such as Cicero, Livy and Tacitus. Professor Bendlin is cross-appointed to the Graduate Program in the Department and Centre for the Study of Religion, where he has been serving on several examinations and supervisory committees.